IT has long
been portrayed as a man’s world, stereotypically played onscreen by ‘geeks’ in
glasses who struggle to get a girlfriend.

There are
very few female role models in TV and film when it comes to the computing
world, and this is also true when you consider real life where Steve and Bill
are the technology heroes and there’s very few well-known computing Stephs or
Beckys.

But we know
there are women choosing a career in IT: research by the Women in Tech
Leadership Index shows a fifth of UK technology companies are now run by women,
compared to just five per cent of FTSE 100 companies.

Of course,
Network Support Solutions is one of these – with Katy having been at the helm
for nearly two decades.

But 20 per
cent is still nowhere near 50, so clearly more needs to be done to keep
attracting women into IT.

A recent
piece in the Economist focuses on the situation in
America, with plans to introduce a 35 per cent import tariff on goods US
companies produce in foreign companies set to hit some of the big technology
firms like Apple. The
report suggests the solution is encouraging more women to take up computer
science degrees to take on some of the extra roles which could be created if
the tariff is introduced, with work needing to start in the very early days at
school to change young girls’ perceptions of their career options.

Katy says
that working in IT is similar to any other service job in that it requires empathy
– a trait that women are well known for – and that women often see more
opportunities for synergy. Network Support Solutions works happily with other
IT associated businesses to offer a wide range of services to customers.

There is
much debate about how to even the numbers up, whether it’s providing women’s
tutors at university, funding and grants specifically for girls or, as the
Economist article suggests, improving careers’ advice at school.

We think all of the above and more are needed – there’s no reason why women
can’t enjoy a rewarding career in IT and we’re proud to be a company proving
that! 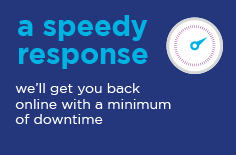 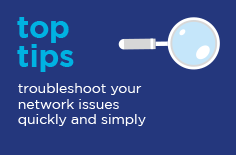